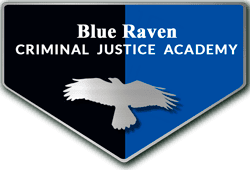 4th Amendment “The right of people to be secure in their persons, houses, papers, and effects, against unreasonable searches and seizures, shall not be violated, and no warrants shall issue, but upon probable cause, supported by oath or affirmation, and particularly describing the place to be searched, and the persons or things to be seized.” 1) Unreasonable Search and Seizures

5th Amendment “No person shall be held to answer for a capital, or otherwise infamous crime, unless on a presentation or indictment of a grand jury, except in cases arising in the land or naval forces, or in the militia, when in actual service in the time of war of public danger; nor shall any person be subject for the same offense to be twice put in jeopardy of life or limb; nor shall be compelled in any criminal case to be a witness against himself, nor be deprived of life, liberty, or property without due process of law; nor shall private property be taken for public use, without just compensation.” 1) Indictment of Grand Jury 2) Double Jeopardy 3) Due Process

6th Amendment “In all criminal prosecutions, the accused shall enjoy the right to a speedy and public trial, by an impartial jury of the state and district wherein the crime shall have been committed, which district shall previously have been ascertained by law, and to be informed of the nature and cause of the accusation; to be confronted with the witness against him; to have compulsory process for obtaining witnesses in his favor and to have the assistance of counsel for his defense.” 1) Right to a speedy trial 2) Right to an impartial jury 3) Right to hear charges made against you 4) Right to hear witnesses against you 5) Right to have witnesses in your favor 6) Right to have lawyer

8th Amendment  “Excessive bail shall not be required, nor excess fines imposed, nor cruel and unusual punishments inflicted.” 1) No Excessive Bail or 2) Cruel and Unusual Punishment US Constitution place many restrictions on the conduct of government officials (police and agencies) and other divisions of the justice system. The constitution says little about one citizen’s rights over another, security is not an agency of the government. There are 6 areas which do exist in the constitution and apply to private investigators:

Act in conjunction with law enforcement

Obtain evidence for use in a prosecution, for law enforcement personnel

When private investigators are hired under contractual basis by a private citizen, they are acting with authority of State law, and subject to constitutional restrictions in their use of their power.

Original Jurisdiction.  Having jurisdiction to hear a case for the first time with the outcome based on law and fact

Appellate.  Having jurisdiction to hear a case on appeal from lower courts with the outcome based on law

Have (original) jurisdiction over the following:

We are in the 4th U.S. District Court (Eastern District of Virginia)

A Deputy Clerk may not issue warrants.

You have completed Chapter 3**Continue to Chapter 4**